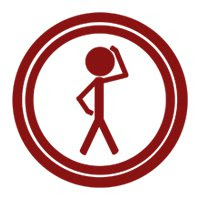 After InfoEducatie, I arrived home for a night and then left directly to Calimanesti, which is about half an hour by car away from my town. I didn't know a lot about the summer school where I was going, but for my surprise, I met a bunch of great people and it was a wonderful experience.

At the Acadnet contest, Razvan Deaconescu held a presentation about open source. I researched a little and found that he is the president of Rosedu, an NGO in University "Politehnica" Bucharest, that does geeky stuff. I went to a hackaton organized by them, made some friends and started watching their mailing lists for other events.

Then, one day, I saw that Razvan and Laura would teach each a course in a summer school, near my hometown. Unfortunately, during the first week I had to go to the Infoeducatie contest. But I shared the event on our local group of high-school coders, and 3 freshmen said that they wanted to take the Android course. Finally, I decided to go to the Linux track, because even though I lost a week, I've been using a UNIX shell for about 2 years and I know a little about configuring a server.

Ideas & Projects Workshop - This is not a camp, it's a summer school.


The motto is funny, but also true. The sixth edition of the summer school was organized by Alex Radovici, TA at University "Politehnica" of Bucharest, and a gang of energetic students from the ASAFF NGO. The tracks were Java OOP dev, iOS & Android app dev, network apps, CS101, Photoshop and Linux.

After sleeping a night home, I departed to Calimanesti, where I met Alex and he led me to my room: a simple student dorm, with 2 rooms, each with 4 double-floor beds. One very nice detail I saw is that every participant had an envelope glued to his dorm door where his "secret" friend could send him different presents.

The evening was reserved for playing social games in teams of 7-9. I was a little lucky, because a big part of my roommates were already a united group and Andrei accepted me to be part of it too. We started with The Marshmallow Game and I tried not to influence them, because I already had already played it. The second game was an invented one and it was about rapid and clear communication: the referee would tell a number of hands and legs and we, as a team of 7 members, had to talk in 5-30 seconds, think about a position in which our team respects that, and execute it until the other team fails.

The peak point was the semi-final where we had to do a 2 legs / 12 hands position, so there was a central guy who was on his legs, and the rest of us on our hands, with our feet on the central pillar. (need some photos ASAFF :-)

The final game was a classical one: we were 3 teams of 14, standing on a carpet, and we had to roll it over on the other side, without putting any part of our body outside it. Honestly, I don't remember a lot of how we did it, but I correctly remember that the whole team was on half of the carpet, holding on each other and if a little wind would have blown, then we would have fallen down like bowling pins.

Being a scout, we frequently hike on Cozia because there aren't so many places near Ramnicu-Valcea where you can get a good one day trip. Half of the gang who decided to hike abandoned at about third of the rise road (at Stanisoara). There were also incidents down the track (some people where a little unprepared for a one day hike) but the view up there is fabulous.

Very unusual for a camp, but yes, everybody was really tired and they slept a lot. I got up really early, picked my guitar, and went to "the evening gathering place". There, other Ana and Cristina, two of the organizers, were also awake, so we played some songs.

In the afternoon, we formed a group that went to the pool nearby... just for relaxation and a little swimming.

Finally, in the evening I learned to play Dixit, which is a very entertaining and brain draining game, where you have to fully use your imagination and intuition. The game lasted until late into the midnight, because there was a lot of passion put in by the players, and almost 6 of them had the chance to win.

The lessons were held at the high-school nearby. For the Linux track, we were 6 students enrolled. Razvan told us directly our project plan: we were split up in 3 teams and each had to build our own 3 servers - DNS, web and mail. The web one had to have some web apps on it, and a web mail client that communicated with the mail server. Also, there was super DNS server, that distributes 3 sub zones and in that way we could establish communication and send mails in between our teams.


All this had to be configured in 3 days, plus we had to put together a presentation where we had to tell about the things we encountered configuring the servers.

In the afternoon I learned about a really great thing that was happening at IPW: on every work day, during the mid-day break, Alex Popescu did a soft-skills session, where he tackled different subjects that we don't study at school, but are really valuable lessons for life.

The session's theme was personal branding and we had a very funny exercise: we had to call our friends and ask them the top 3 traits that come in their mind when they think about us

In the evening, we played for about 3 hours Counter-Strike in a very intense LAN party.

I hate configuring mail servers because every time something doesn't go well and I'm stuck, it takes 2 hours to figure out the problem.

The subject for the afternoon's soft skills session was time management and in the evening Alex held another workshop: how to present our projects, where he shared some really good tips and tricks.

During the work time, I got bored and started doing some ARP Spoofing.  After just 5 minutes I was a bit surprised by the number of unprotected requests hanging around in the LAN. After talking to Alex about the problem, I decided to do an extra-presentation about the methods I used and how to protect yourself from HTTP Hijacking.

Our first presentation, as a Linux team went really well.

Then after the break, I started my security presentation.