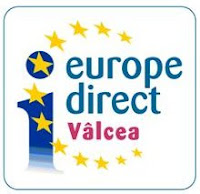 What a holiday and how many things to tell about (only in English from today). First I went to Munich with Europe Direct Valcea, then I participated at InfoEducatie contest in Galaciuc, then I went 10 days with the scouts to the National Jamboree, and finally went to Botosani for GrepIT contest. So, I'll start with the trip to Munich.

For those who don't know, Europe Direct is an European project, with it's headquarters in the Central Library of Ramnicu-Valcea, which is helping us understand EU laws, etc. Europe Direct Valcea is a little special, because there are teen volunteers who help. These volunteer get points and by that, they are rewarded every year. I got my points for redesigning the website and for coding the "points manangement system".

Well, this was not the happiest departure: I was very careless about the hour of the departure, so I marked in my calendar 8 a.m... unfortunately it was 7 a.m., so I was called at about 6:50, and rushed to the bus. There, I found that I didn't have my ID card: I left it the night before in the Xerox. So, again, please excuse me. 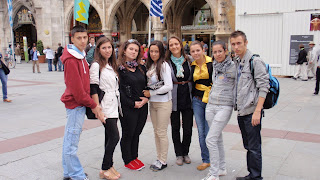 We were about 50 persons in the group: the majority were librarians from Valcea, Arges and Dambovita libraries, and 8 volunteers from Europe Direct. 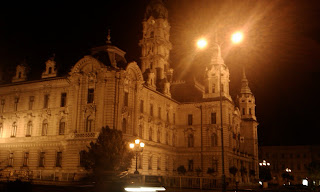 We arrived late (about 9 p.m.) in Gyor, second largest city from Hungary. The hotel was positioned near the inner city, so we went to a walk. We could only see a big cathedral, full cafes and some teenagers.

Hmm... I think the first day we went to shopping on Marienplatz. I didn't buy anything (I was still upset about the forgotten ID card). 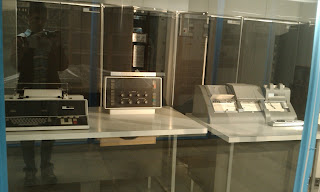 We visited the Munich Science museum in the morning... and I tell you... it's fabulous: the most important thing to do if you are a geek like me is to take the elevator (which is a little hidden) to the 5th floor I think, where it happens to be the computer science exhibition: there are replicas of Zuse Z3 (first German computer [electro-mechanical computing]), an UNIVAC (first mass produced computer), and IBM 8074, and others. After staying 2 hours, I visited the rest of the sciences: physics, maths and the New Technology "crystal". 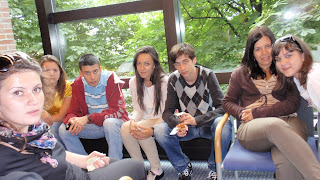 After visiting the museum, we went to Europe Direct Munich, which has it's headquarters in the Munich Library. There we took a tour of the library and stayed at a little conference (it was after the bombing in Norway, and there was a politician which was explaining the situation).

In the third day we visited the Neuschwanstein Castle. It was a palace built in the 19th century, intended for King Ludwig the 2nd. The sights are amazing and the castle reminds me of Disneyland. Sadly, we couldn't listen to the audio, because the tickets were bought with French language. 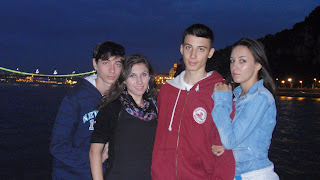 The last town we visited was Budapest. Here, we took a trip with a boat to visit the city. Then, at about 10 p.m., we went to the inner city on a very fun colored bridge. Then we were amazed to see an open-air nightclub which had the volume of the music at maximum, at 4 a.m. Sadly it was full. Then, on the way to our hotel, we missed the bus about 4 times, so we caught the rising of the sun. 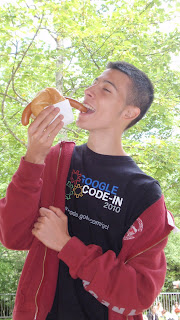 P.S.: pictures are taken by me and Bianca
P.S. 2: full album on Google+