Between 23-26 august I was at Fantanita Haiducului, near Sibiu at The Friendship Camp, an event organized by Leo District 124 Romania. It was a very fruitful meeting, where I had a lot of fun, met Leos from all over the country and participated at one of the best workshops in my life.

We think that tomorrow can be better, but we can't make it alone. Hence, we got along in this international volunteering organization to do activities. LEO means for us leadership, experience and opportunity.

From club to district

I was an active member of the club in Valcea. We had some wonderful projects, like a charity ball where we raised money for a child that needed an emergency operation for his ears. I also took part in the team that organized Let's do it Romania in 2010, the biggest environment cleaning event in our country.

However, I was a little surprised when Silviu Vert, the current president, called when I was at the Computer Science Olympiad, to propose me a place in the national district board as IT responsible. I only met him once at the InfoEducatie contest in Galaciuc, but we talked the whole evening then, and became friends.

Friendship Camp is a regular national event, held by Leo District 124 Romania, before the new Leo year. This edition, about 60 leos and lions from 13 clubs gathered at Fantanita Haiducului near Sibiu. The camp's costs were partly supported by the Lions Clubs International through a conference grant.

When I arrived, people were already having fun and chatting. I left my luggage in my room and met with Andrei, my roommate from Iasi. We then went for relaxation at the hotel's jacuzzi and sauna.

Every night was reserved for having fun, and I got to tell you: Leos really know how to through a party :-) 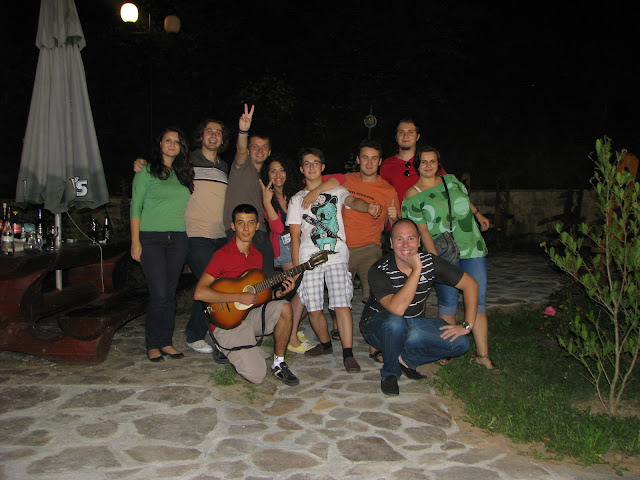 We woke up in the morning, ate our breakfast and then went to the conference room. The whole group was split up in two: half of us, including me, remained there to do the Leadership & Emergence of New Strategies workshop and the other half went to play leadership games. 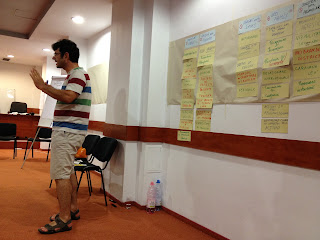 The workshop was moderated by Marius Popa, vice-governor II at Lions District Romania. The goal was to set our vision, strategy and the activities for the next 3 years. Despite being ambitious, we only finished the first to objectives.

During the workshop, Marius presented us various situations that he encountered as a Lion, an overview of the types of members that service clubs have and some tips and tricks for doing projects that matter. He expressed his own personal views about volunteering and the future of the world.

All in all, it was the best training I have ever attended.